These are the character concepts for the Emperor and the Empress in that theoretical game my friend and I are working on. 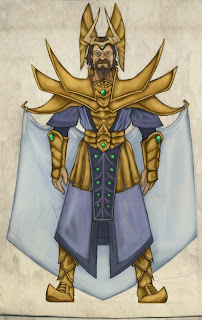 This is the emperor. In the game he is going to be quite a lightweight and compensates by having six power pauldrons. I was joking about pushing the compensation aspect further by giving him six capes. 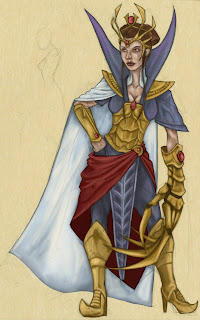 This is the empress. She is a quite a bit more formidable than the emperor in that she has a shit load of magic, and, if you havent noticed, has a huge ass claw.
Posted by Daniel Wood at 5:51 PM No comments:

So a friend and I are working on some designs for a hypothetical game project. Here are a few concepts I have worked on 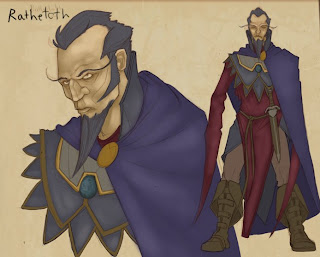 This charming fellow is named Rathatoth. As you can tell he works at Burger King.......Joking. He is one of the bosses in the game. 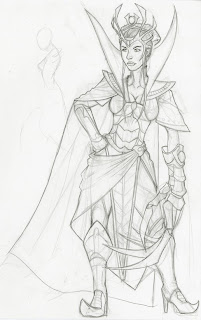 This is the evil empress. I added the claw because i believe that it is awesome, enough said. She doesn't always wear it. Only when she wants to kick some ass. 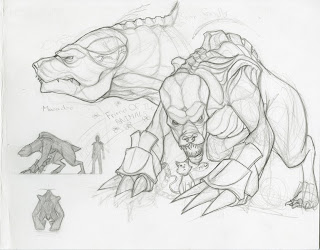 This cute little feller I named Bear Grylls because I thought it was totally necessary. I also gave him a little kitty friend (I wouldn't put too much hope into the cat). This is a critter species you run into through the game.
Posted by Daniel Wood at 3:43 PM No comments: 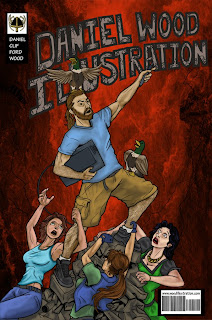 So i did a little bit to the text. I might do a little more to the text, but everything else is done 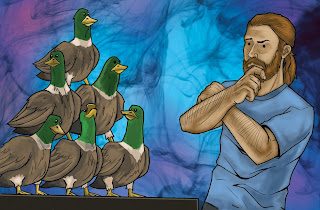 This is the spot illustration for the back of my portfolio. According to my story, if you stack ducks properly, you can open a gateway into the Cosmic Multiverse.
Posted by Daniel Wood at 3:16 PM No comments: 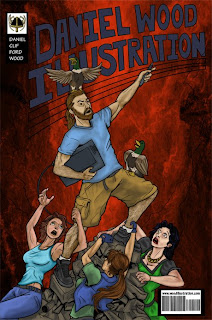 Dont worry about the title, I am still working on it
Posted by Daniel Wood at 7:26 PM 3 comments: 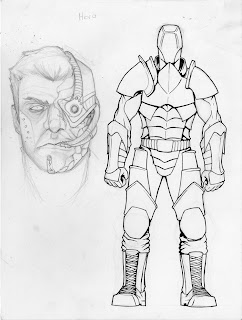 So, I am working on another comic for a portfolio. The story for this one will be a continuation of the other one, but this will be the ending. This is the bad guy for the comic, but the twist is that he was the hero in the beginning of this entire story. 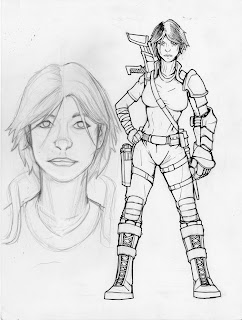 This is the heroin for my new comic. If she looks familiar, you are right. It is Clair, the love intrest for the now ex-hero at the beginning of the entire story. Now she has to confront him and his new evilness. How can this end? You will have to wait and see.
Posted by Daniel Wood at 6:31 PM No comments: