Hello loyal followers.  Sorry for the absence. This past month has been quite hectic.  Work has been coming in, work has been cancelling, and a ton of drawing.  In the end it has been a blast and I have enjoyed all of it and learned a thing or two along the way.  Its always nice to look at  work and feel proud of that image once its completed.  I have learned to live that up because in a week,  my eyes will not have the same opinion.  My eyes where born to nit pick and that is what they'll do.  It is a major annoyance, but in the end, I learn more and more from it.  So in the the next piece, I would have learned from the mistakes that wouldn't have normally been picked out when looking at that image right on completion.  So, to my eyes.  I hate you for being so nit picky, but thank you for that as well.

In this update, I have some more contracts and some personal projects.  There are a few images I am really proud of, but because of the contracts, I am not allowed to use them in a portfolio or to advertise myself until the product they are being used for comes out.  So you guys are going to have to wait a few months.  Enjoy! 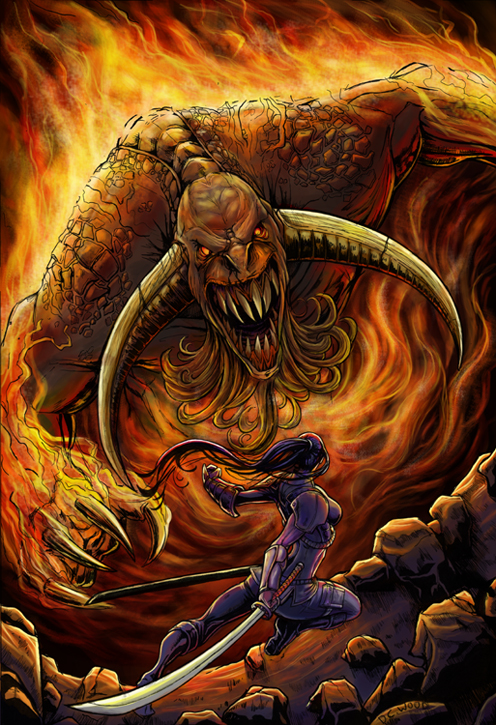 This image started as a practice to hone up on my fire coloring skills. It proved itself to be much more when someone with spectacular taste requested to pay for a copy.  So I wrote up a quick contract. Yep. I am satisfied. 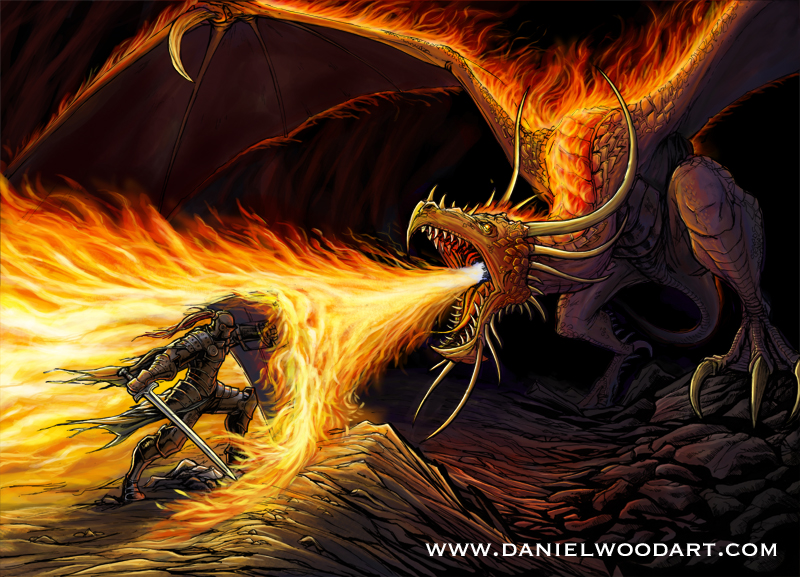 This one ended up having the opposite happen.  It started out as a commission but was dropped half way due to inadequate funding.  After it was dropped, I still wanted to work on it so I pressed forward.  I think this is one of the most enjoyable pictures I have worked on in quite a while.

Its raining robot dragons.  I know our hero will make it out alive, but how is a very good question. She probably has a trick or two in those satchels or hers. 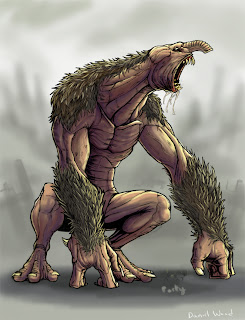 Here are some more commissions for Harsh Realities.  By the way. Their kickstarter for the Sixcess world book did phenomenally.  I believe it was two grand over their goal.  Major props to those fellows.  I cant wait to see the final project.  They have another kickstarter in the works for another one of their books called Elfwood.  Ill keep you guys in the loop.  In fact, these next two images are for that book.  Didn't notice that until I looked at my monitor to check for spelling errors. 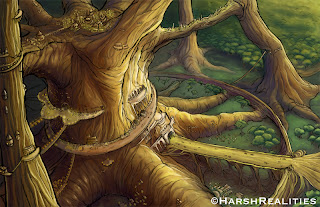 A tree city.  If I was an elf, I would live there. 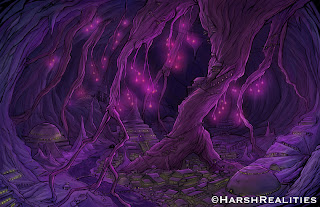 An underground Elf city.  If i was an elf, I would also live here.  Though, I think all this purple would have me seeing all and only purple.  Purple vision. 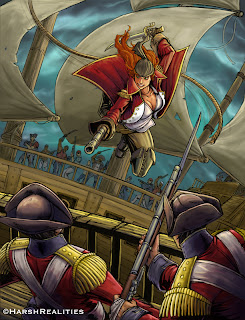 A pirate captain doing what she does best. Multitasking. "Your looking a little thin there Frank.  Want a burger?" 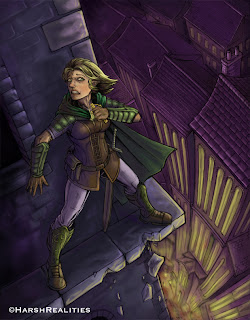 An elf and an untimely sensation of vertigo
Posted by Daniel Wood at 5:37 PM 1 comment: