I have the day of today. That means i can update this blog. It certainly in need of some more updating. There are a bunch of things here, although most of them are only sketches. I have a few colored pieces in the works but don't want to show them off yet. 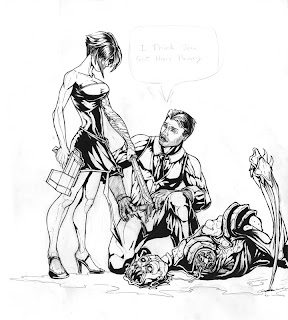 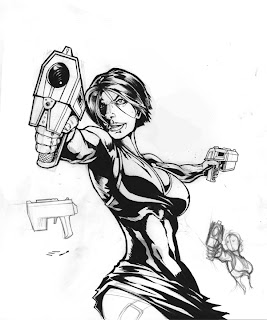 Here are some character inks for the Silent Guardian story. This past weekend I enjoyed a nice long car ride to and back from West Virginia. Both of these where done in the car, which got quite frustrating on bumpy highway. This was the only moment that i can remember where traffic was considered a blessing. The lower one was mostly a practice in foreshortening and speed. Looks ok. 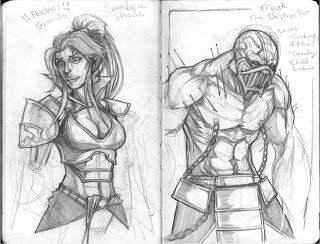 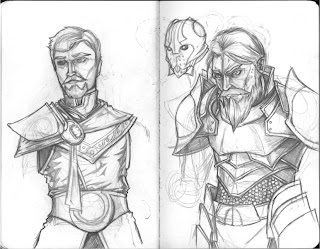 Here are some random character busts. Only one of which has a bust. 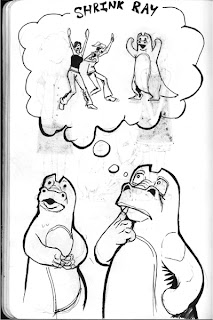 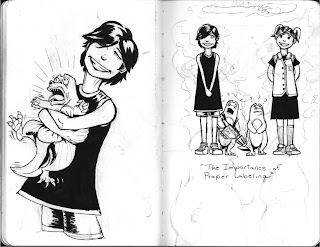 While spending the night in West Virginia. I had an idea for a sub-story, or situation, for the Tiny Dragon story. Grimlock, the more intellectual and creative of the two, Is looking for a way to interact with his human companions. Eventually, he decided that shrinking them was the answer. While rummaging through his collection of gadgets, he came a cross a "shrink ray" that has never been used. Trusting the label, he put it to use only to find out that it was not a "shrink ray," but a "youth ray." Now he must find a way to put things right. The point of the story is to keep your rays properly labeled. Anyways, here are some of the sketches.
Posted by Daniel Wood at 12:03 PM 2 comments: 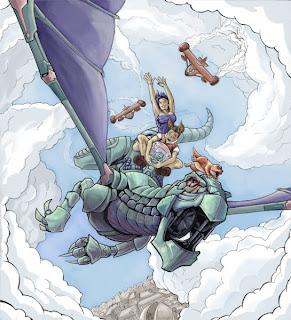 The colors are pretty much done for this picture, although there are a few more things that I feel must be done before it is finished. I need to go through the the line work and tone down the black outline so it is not as restrictive to areas to high movement areas as well as distant areas. Hopefully that will add more depth and movement. 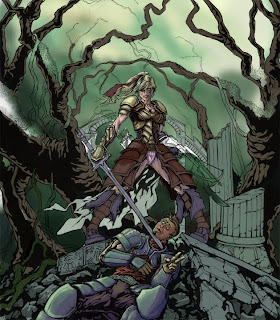 Here is another color study. The title is, "A Sight For Sore Eyes." O me and my juvenile sense of humor.

Posted by Daniel Wood at 9:48 AM No comments: