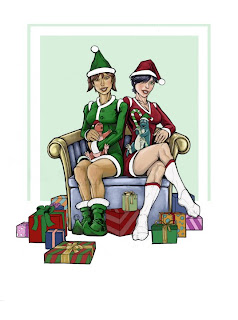 Here is the other Christmas picture i have been working on. I still haven't decided to add text or just leave it as is
Posted by Daniel Wood at 9:22 PM No comments:

A day ago i had some spare time on my hands, so i decided to make a holiday picture. It could have been the Christmas spirit but i was surprised how fast i got this done. 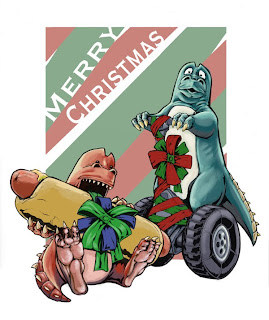 The only other thing i want to do with this is change the text. I feel that there might be a more appropriate font out there
Posted by Daniel Wood at 11:07 AM 1 comment:

It been a while. I finally got that larfe scanner i was wishing for. Now i can scan my larger images and work on them on my computer. So far, i have a large pile of inks that still need to be scanned and colored. I have a good list of images to work on during this winter. Anyways, this is the first of many posts of inks.

A while back i was stuck in a horrible rut. To help get rid of it I decided to draw something that I usually dont draw, light hearted, funny, dare i say CUTE pictures. I enjoyed it so much that a story quickly formed around it. It is about two dragons (by the way, in this story dragons are actually small lizard creatures that only grow up to around a foot tall and live in a big city underground). One dragons is intelligent, creative, and a bit clingy. The other one is a bit lazy, mellow, and has and endless appetite. The two somehow get stranded above ground and are found by two women, one being a caterer and the other a small time lawyer. Since the lazy dragon likes food, he follows the caterer around, while the other dragon follows the lawyer around because of her intellect and cunning. Thats pretty much all i have right now, but if i run into another rut, i will probably peruse this story again. 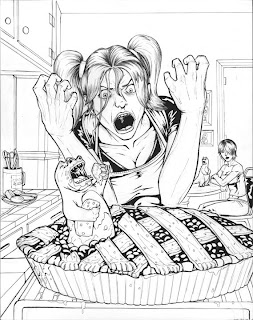 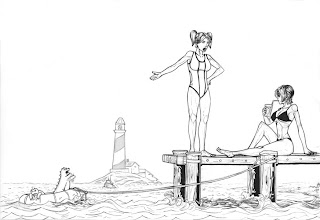 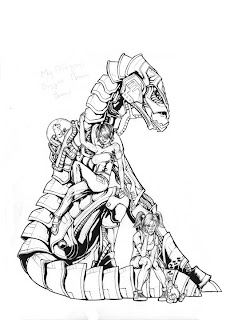 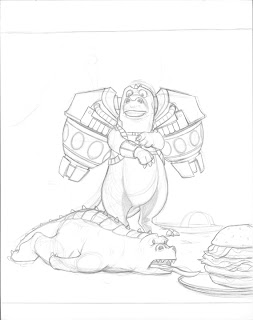 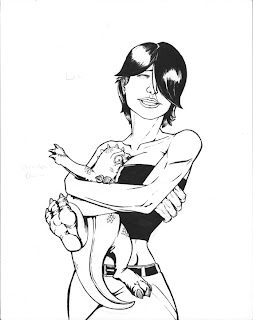 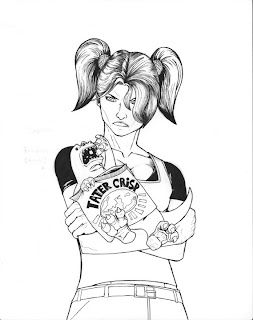 Kordon and Sophia
Posted by Daniel Wood at 3:26 PM 1 comment: