"Dragon, I come Seeking your Council," or, "Im Going To Need A Bigger Spear"

A couple days ago, I had a sudden urge to do a landscape piece of a steep valley and a character on a horse. As more thought went into it, a dragon was added into the mix. At the time, I wanted to get back into ink washes, so the plan was to make a line drawing with a wash over top. 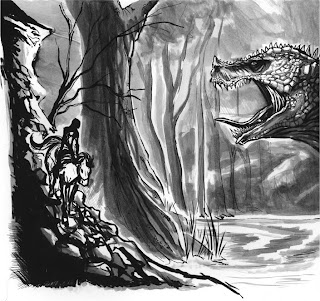 This is one of the first sketches made for this image, and by far the most established. I was testing out a couple things on this sketch. Mainly just getting back into ink washing. 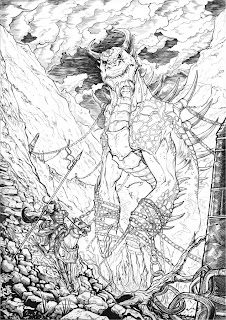 Here is the final ink. Looks a lot different. After a simple pencil layout, I had a different idea which changed most of the expected drawing. The story behind the piece established itself more as well. The dragon if a prisoner, shackled by unbreakable magical chains for hundreds of years. A knight, hearing tales of the wise dragon, seeks it out. He confronts the dragon, asking for council and knowledge in return for its eventual freedom. Time passes, the dragon speaks, the knight becomes wiser, and when he is sated, rides off to fulfill his promise. The knight seeks a way to destroy the enchanted chains binding the dragon.

Will there be a part two, who knows. Maybe. I really like how this image turned out. It would be fun to draw and ink another one like this.

In the end, most of my goal was reached. I drew a rider on a horse and a rocky valley. But never got around to that ink wash. I am kind of happy without it. I feel that the final image looks pretty strong the way it is.
Posted by Daniel Wood at 9:55 AM 1 comment:

Here are the inks for part one of my comic project. So, the original goal for this first part was to have it be around eight pages. Kind of missed that mark by six pages. I strongly believe that restricting it to eight pages would have cramped the story too much, so im not loosing any sleep over it. Except for the sleep lost while working on those extra pages. Har har har. Anyways, I finished them a little while back, and am just about finished with the edits for the text. So there will probably be another post with the final uncolored comic in a little bit. Until then, enjoy the inks. 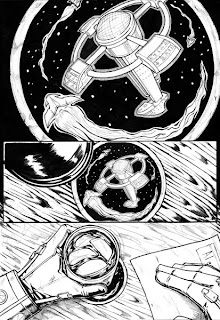 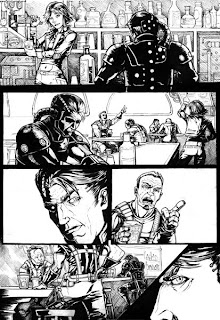 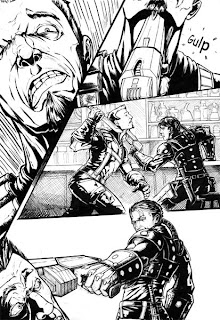 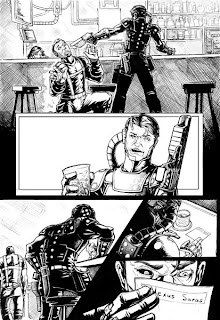 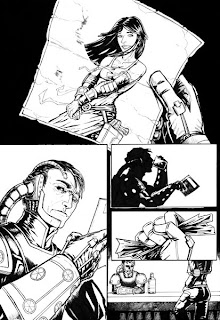 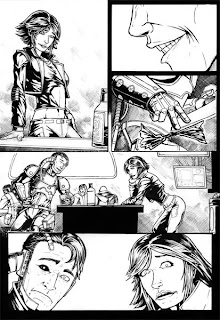 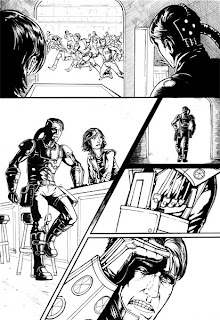 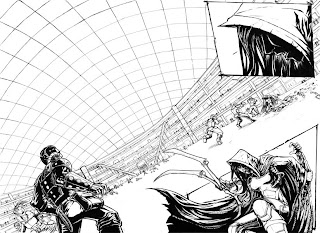 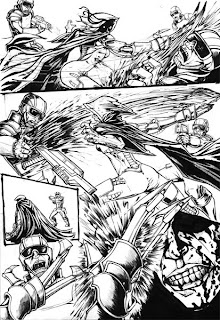 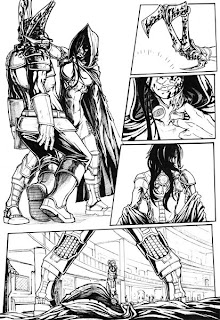 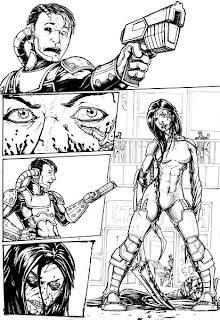 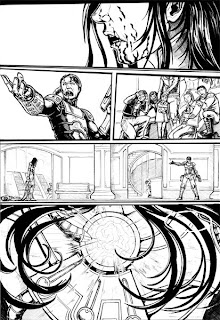 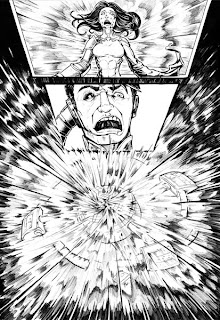