A college chum commented on my other Teddy Roosevelt picture and mentioned another "metal" situation that the former President would find himself in. Here it is. 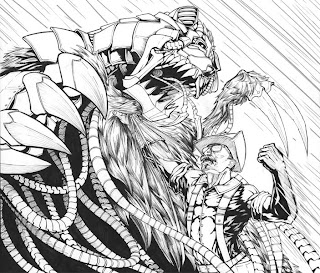 I usually dont use speed lines, but figured that since this is already a cartoonish situation why not. 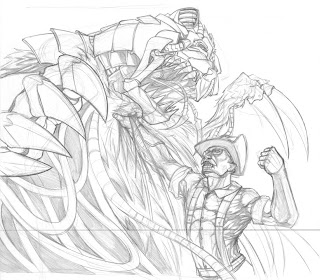 Pencils
Posted by Daniel Wood at 9:58 AM 2 comments:

Here is the color for the pie picture. I feel like it turned out pretty good. In the end, she ended up redder than originally planned, but it feels good. Also, i have the inked flying picture. Hopefully it can get colored soon. That might have to be pushed back since i got a graphics comission for a landscaping company. I get to design a doorknob hanger add. Hopefully it will turn out well and pretty fast. 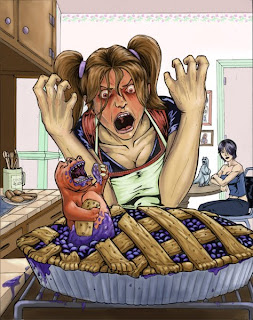 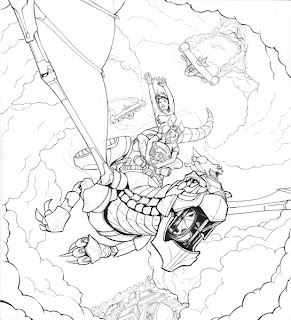 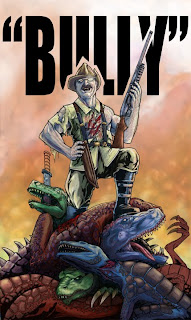 I finally got around to coloring the Teddy Roosevelt picture. Its still got some work to it. Teddy needs some more color, he is looking a little pale. A raptor needs to be colored in, and than I need to go in with some more highlights. The text behind him needs to be reworked. It looks a little odd the way it is cut out around him.
Posted by Daniel Wood at 7:06 PM No comments: 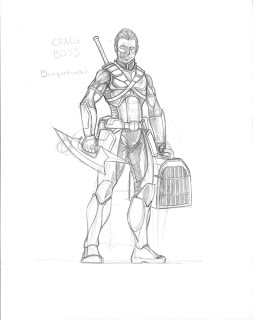 this morning i wanted to work a little more on the dragon hunter character, so i came up with this sketch of him in his combat gear. A little much or his target, but he likes to show off.
Posted by Daniel Wood at 7:11 AM 1 comment: 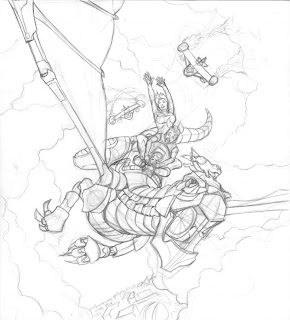 So here is the more up to date drawing of the flying picture that i posted earlier. Its ready for inking and than some color. 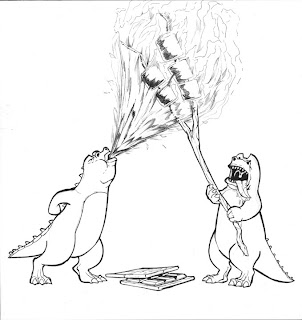 I figure that they might as well breath fire since they are dragons. They do not use it often though. Only when they need to. 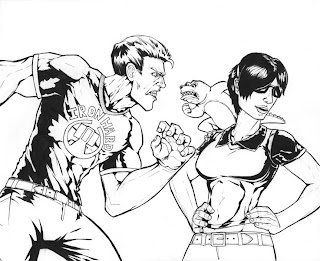 I spent a while thinking about a villain and ended up with this guy. Secretly he is a dragon hunter , what would be a better antagonist for a bunch of dragons than that, and is spending most of his time trying to catch these little dragons. He has to do it secretly because he is also dating Lee.
Posted by Daniel Wood at 2:33 PM No comments: 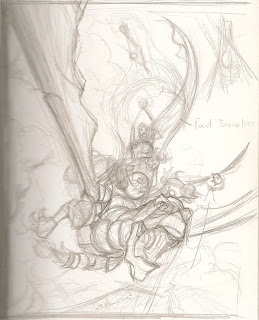 Here is a sketch for another idea i had dealing with the tiny dragon story. My overall goal for this piece is to have plenty of movement, and what has more movement than a flying robo-dragon being chased by rocket hangliders and bi planes? Nothing. For the actual piece i will work more on the foreshortening of the robo-dragon by making he head a little bigger thus bringing it further forward in the image.
Posted by Daniel Wood at 8:49 AM No comments:

And then there where posts

Alright, here are a bunch of images that i have worked on over the past who knows how long. 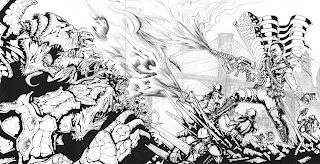 This has got to be one of my favorites. Mainly for the fact that the original inking is very big. It is by far the largest inking that i have worked on so far. The original goal was to create a high activity image. I think i did it. Thank you flamethrowers. 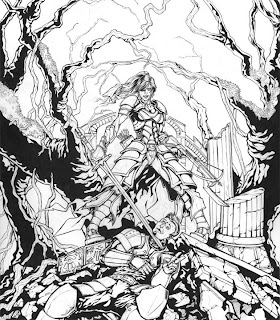 The title for this one is "A Sight For Sore Eyes." 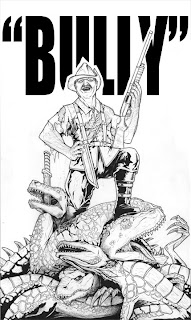 This inking has sat around for a while. I don't know why, i really love it. 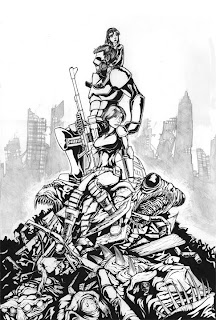 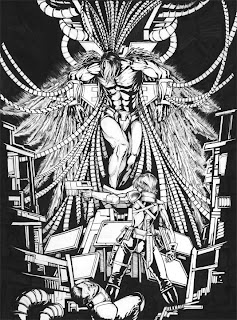 This inking was finished about an hour ago. The original concept was quite simple and only had the woman with the gun and a blank background. The further i got into it, the more i felt like there should be something else in it. So i added a the dark lab environment and hung up the Silent Guardian to a contraption. 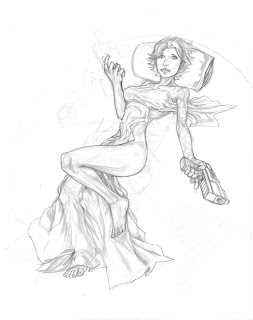 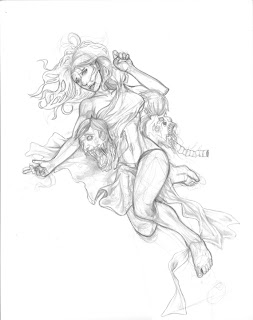 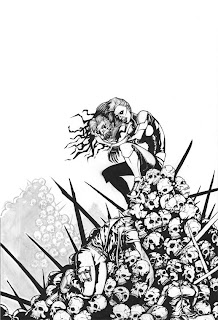 This is a Halloween piece. This is the villain of The Silent Guardian story chilling out on Halloween chowing down on some heads 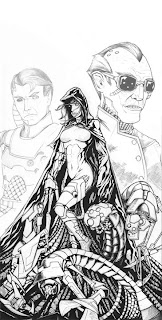 The two above are inks for the Thunderbird story that is currently in progress. As far as i know in the story so far, there aren't any robots, or at least none that take an active role. I dont know why i included them but they do look pretty neat and fit in with the spacey sci fi theme.
Posted by Daniel Wood at 7:05 AM 1 comment: